The client, brother & sister, approached AXIA to redesign their ancestral family home; a 300 year old decrepit courtyard house in Guangzhou. Replete with family memories, the house was once the clients’ father and grandfather’s refuge during World War II. Uninhabited for 70 years, the existing structure was imbued with a sense of lost memory and lost time.  The design sought to retain a typology similar to the still extant traditional courtyard houses in the area, which feature mostly blank high walls as the exterior envelope. 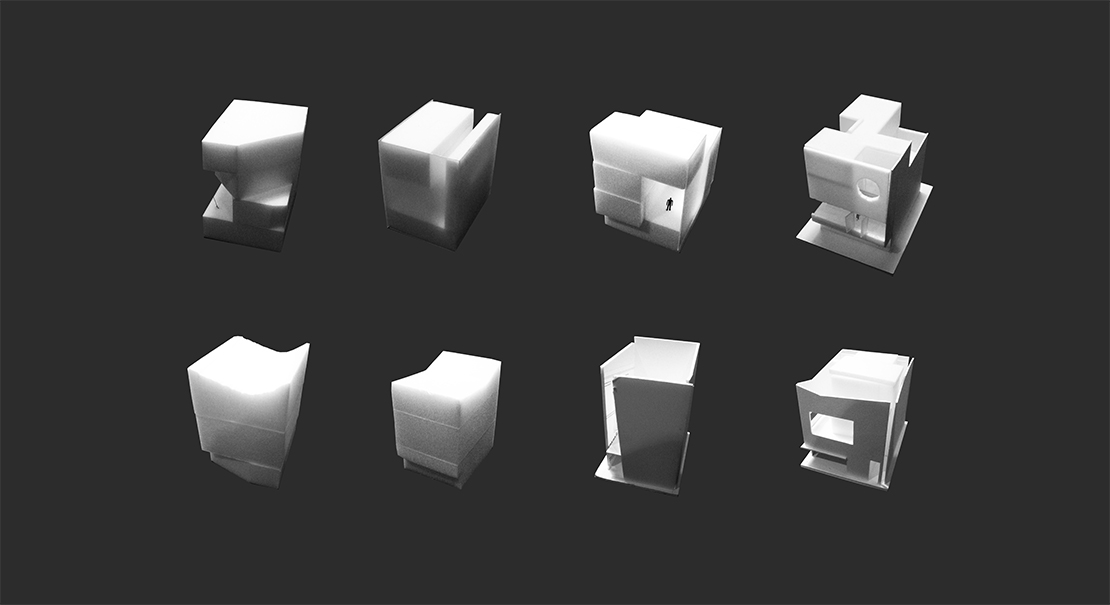 By reusing some of the original bricks, the design works to subtly embrace its history. Certain historical motifs such as wood screens and circular stone archways, are retained and reintroduced into the new design. Staircases descending to the courtyard are lit from above.  As the inhabitant descends into the courtyard, they are filled with a sense of entering the void: a liminal space where history and memory can be recaptured momentarily.